PSHS teacher gives back to community by teaching crochet 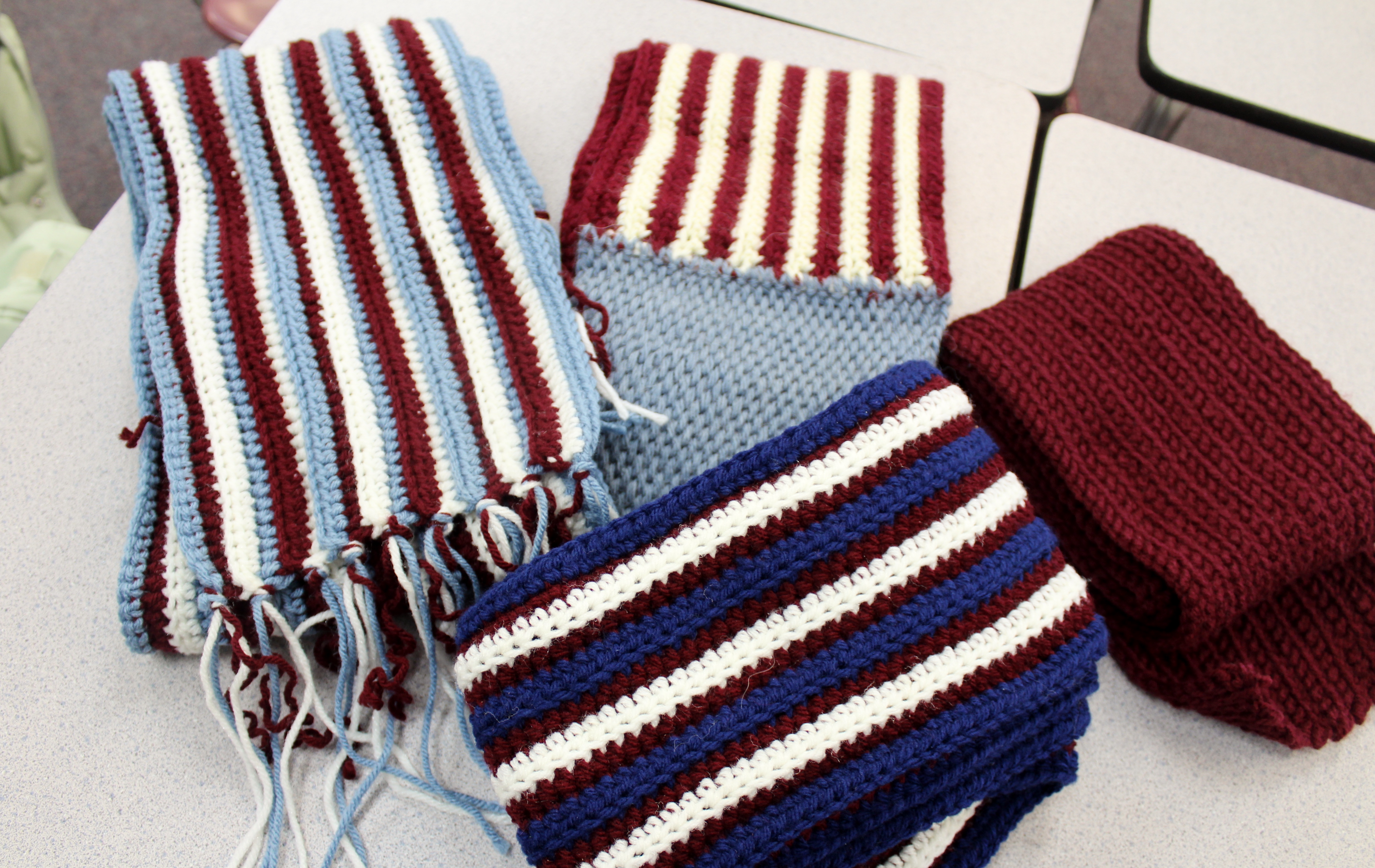 Now she’s teaching students the art of crochet to give back to homeless veterans.

“We are doing something good for us, crochet is a very therapeutic skill and the other side of it is we are taking what we make and donating it back to the community,” Kloska said.

She wanted to keep teaching others to crochet when she transferred to PSHS last year, she said. So, she created the PSHS Crochet Club to teach members a new skill, create a positive place for them to socialize and give back to the community.

Club members meet weekly and have been making red, white and blue scarves to give to the Midwest Shelter for Homeless Veterans based in Wheaton.

PSHS sophomore Joselyn Rodriguez has attended every meeting since the club was formed. The club helped her be more social and overcome some anxiety, she said.

“Because of the club I have actually come out of my shell a lot this year,” Rodriguez said.

Kloska plans to deliver the homemade scarves and other donations to the shelter before Thanksgiving, she said.

Next semester the club will crochet flying squirrel toy for hospital pediatric units.