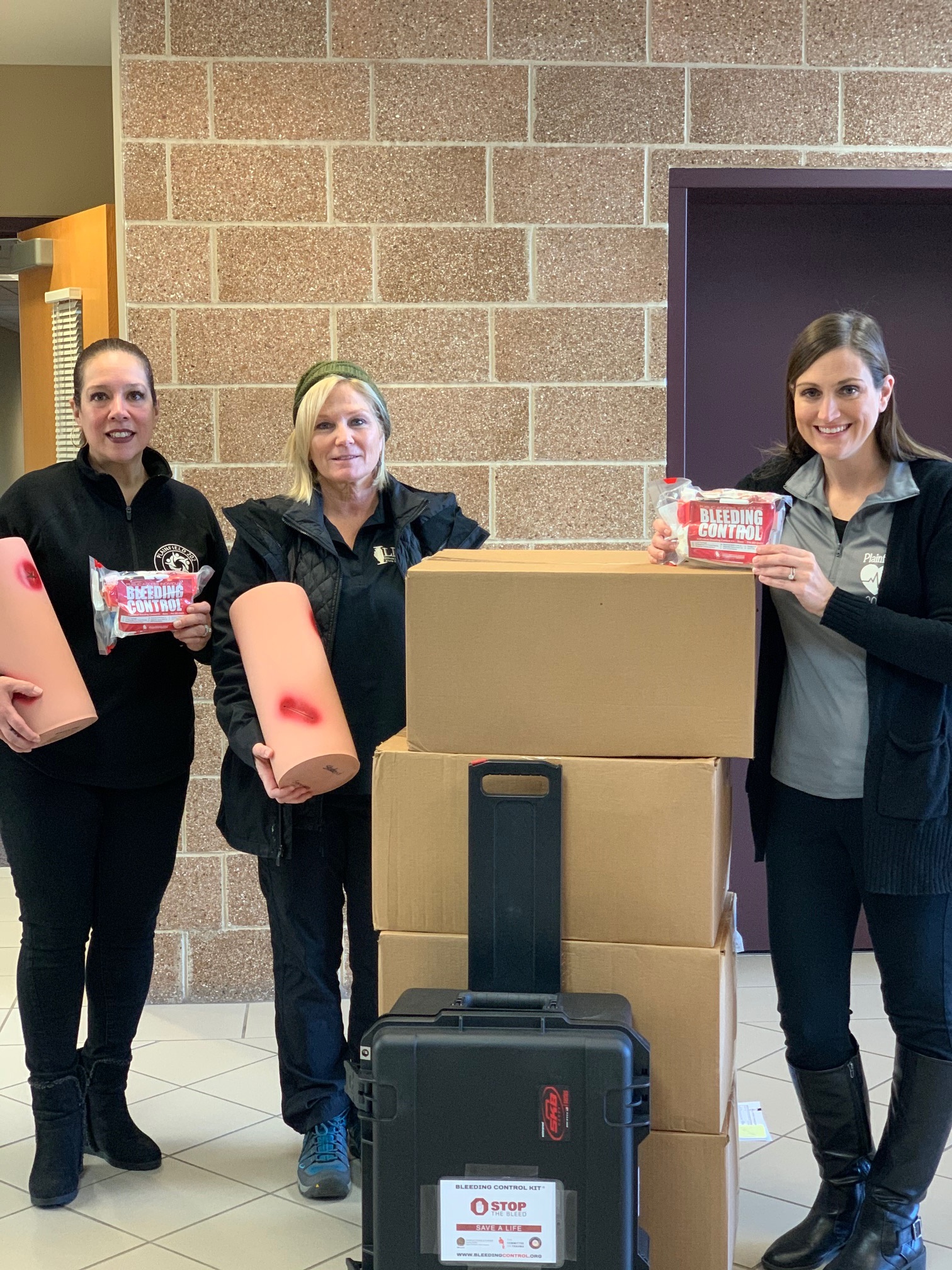 All 31 District 202 schools now have at least six “Stop the Bleed” kits as part of a national awareness campaign and call to action by the Department of Homeland Security. The district now has 185 kits in all. The kits have proven critically valuable in helping treat students injured in several school shootings in California.

“Stop the Bleed” aims to cultivate grassroots efforts to encourage and train bystanders to help in a bleeding emergency, becoming the first crucial link in the trauma care survival chain.

Edwards focused on training building administration and registered nurses. She intends to continue training both district and building-level staff this school year.

District 202 earned five extra kits per building from the Illinois Law Enforcement Alarm System (ILEAS) for training staff before “Stop the Bleed” became a state initiative. District 202 was the first large school district statewide to get the kits. The ILEAS is a mutual aid organization supporting local law enforcement and emergency response groups.

The ability to recognize life-threatening bleeding in someone who is injured and effectively assist that person can save a life.

Studies have shown that the help given by an immediate responder can often make the difference between life and death, even before medical professionals arrive.  Individuals will learn how to provide vital initial response to stop uncontrolled bleeding in emergency situations.

Trained staff members have learned how to: