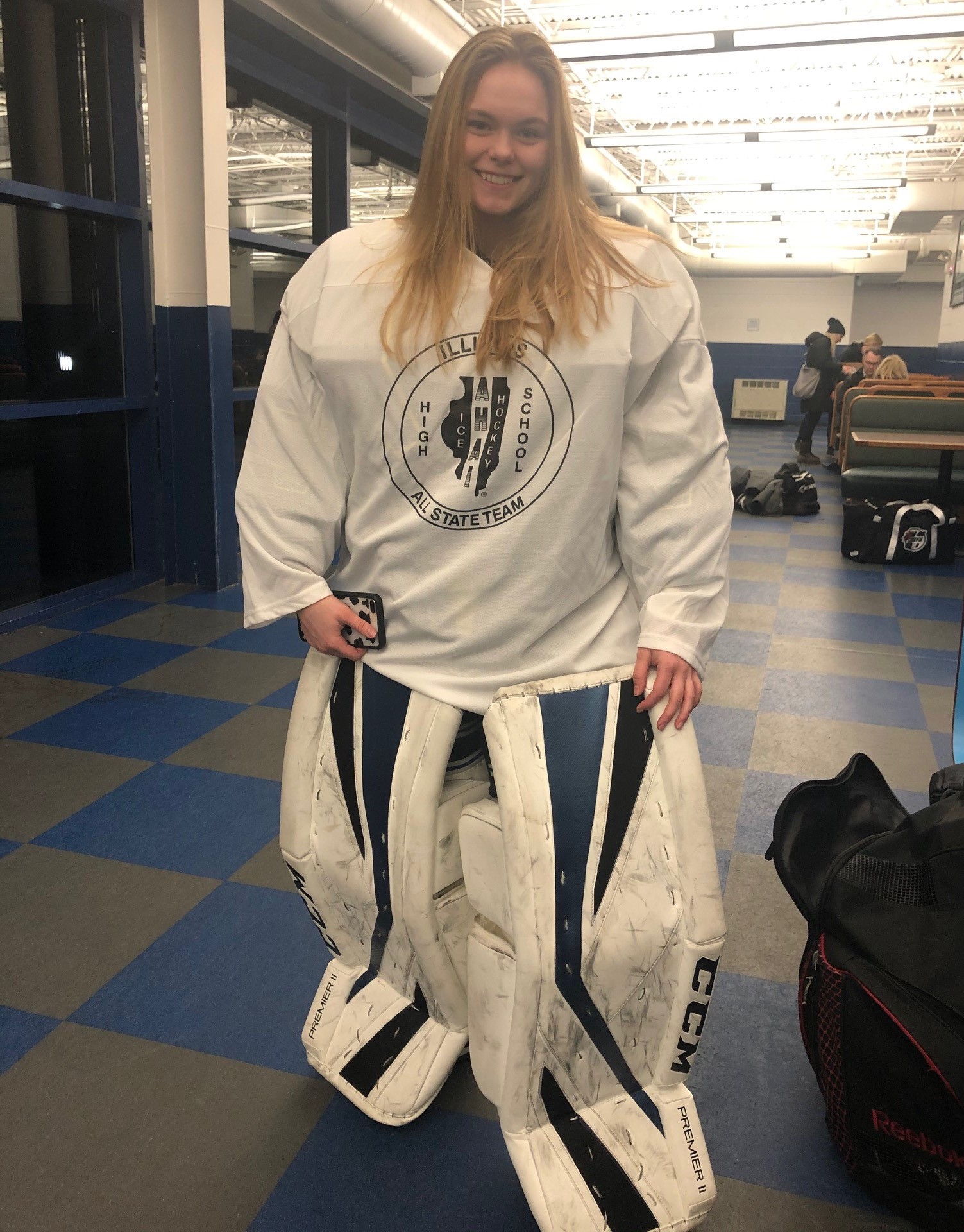 Plainfield East High School junior Ashely Ommen has started making a name for herself as a female hockey goalie.

Ommen was invited to play in the All-Star game for the Amateur Hockey Association of Illinois (AHAI) Girls All State hockey team on February 10, 2020 at The Edge Ice Arena in Bensenville, Illinois.

Each year, two teams compete, comprising female hockey players from across the state. Coaches from around Illinois vote on the best players from different teams to select members for the two All-Star teams.

Ommen was one of six goalies to be selected to play in the All-Star game.

Ommen was the only goalie to not give up a goal.

“It was a good experience to play with some of the best competition in Illinois, and not giving up any goals helped set me apart from the others,” Ommen said.

Ommen, who plays on both the Naper Valley Warriors hockey team and Team Illinois 16U hockey team, said she knows women’s hockey is not very common.

“Women’s hockey is growing, and I like being a part of that growth and being able to inspire the younger players and the next generation to keep the women’s hockey going.”