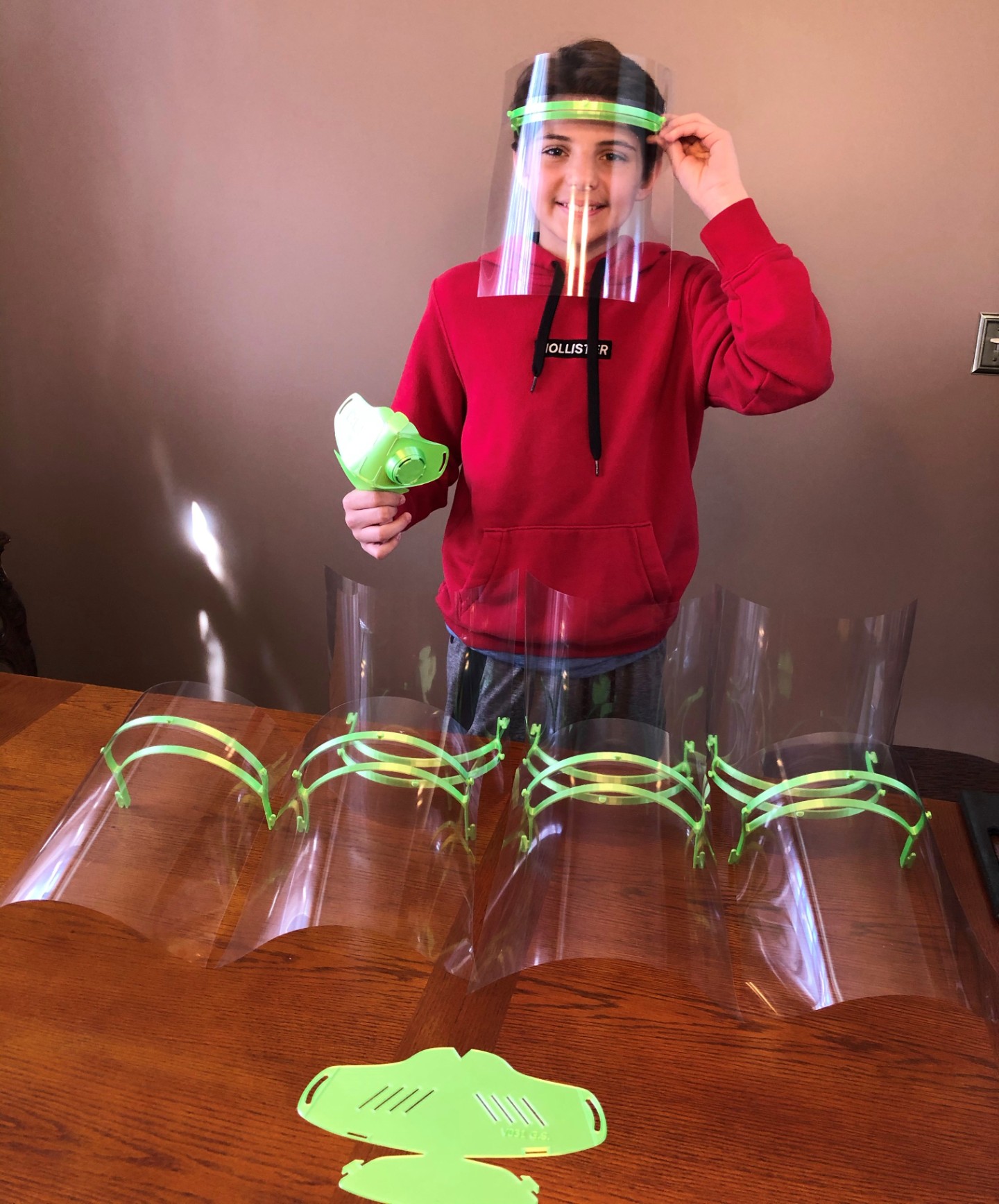 He started making the shields when his neighbor, an Edward nurse, said the hospital was running low on them.

“I wanted to help out the medical community,” Grzybowski said.

It takes about two hours to print one mask using a pattern he found online, he said. He makes between five and seven a day and has given away between 20 and 30 shields so far, Grzybowski said.

“I’m going to keep printing them and if (his neighbor) doesn’t need them, I’ll give them to other hospitals,” Grzybowski said.

Grzybowski took STEAM or science, technology, engineering, art and math classes at Aux Sable in sixth and seventh grade, his mother, Kim said. Those classes piqued his interest in STEAM, so his parents bought him a 3D printer for Christmas, she said.

The adjustable guards connect the elastic straps from a face mask on the back of the person’s head instead of rubbing on their ears.