D. 202 administrator nominated for National LifeChanger of the Year Award 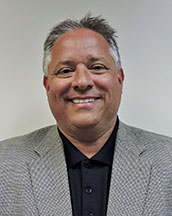 Tony Manville, former District 202 assistant superintendent for administration and personnel, has been nominated for the 2020-2021 national LifeChanger of the Year Capstone award.

The award is designated for educators retiring at the end of the 2019-20 school year. Manville is retiring June 30, 2020 after 32 years in public education, including 21 years with District 202.

Manville’s colleague Cindy Westfall nominated him for his exemplary leadership. Manville taught social studies and psychology and coached baseball for several years before opening and leading several District 202 schools during a period of extreme growth.

Manville served assistant principal for a year and then principal for four years of Drauden Point Middle School before opening Plainfield East High School in 2008. He has served as assistant superintendent since 2016.

Manville builds incredibly strong relationships with students, always reminding them to never underestimate themselves, to have goals in life, and that nothing is out of their reach, Westfall said.

He had a slogan put on the walls that the students see every day: "You came as boys and girls, and if you work and struggle, you will leave as men and women."

As a mentor and colleague, Manville also has an ability to make each team member feel valued. No matter their role in the district, he makes time for anyone and reminds them of their importance, Westfall said.

“He will be dearly missed by so many.  He has touched thousands of lives in his career," she said.

"I know he has made a lasting impression on many students across the district. So many students would come back from college to visit with him and tell him what they have decided to do in life. They always said, 'Mr. Manville I thought of you when I decided to do this,'” she said.

“He has shown many people the correct way of treating others, which is with respect, no matter who you are.  A handshake, a pat on the back and a smile goes a long way," Westfall said.

About LifeChanger of the Year

Sponsored by the National Life Group Foundation, LifeChanger of the Year recognizes and rewards the very best K-12 educators and school district employees across the United States who are making a difference in the lives of students by exemplifying excellence, positive influence and leadership.

Each school year, LifeChanger of the Year receives hundreds of nominations from all 50 states and the District of Columbia.

Eighteen individual LifeChanger of the Year awards will be given during the 2020-2021 school year. The awards include monetary prizes ranging from $10,000 to $3,000 to be shared with the winner’s district.

Winners are chosen by a selection committee comprised of former winners and education professionals. Nominees must be K-12 teachers or school district employees.

To be considered for an award, nominees must: