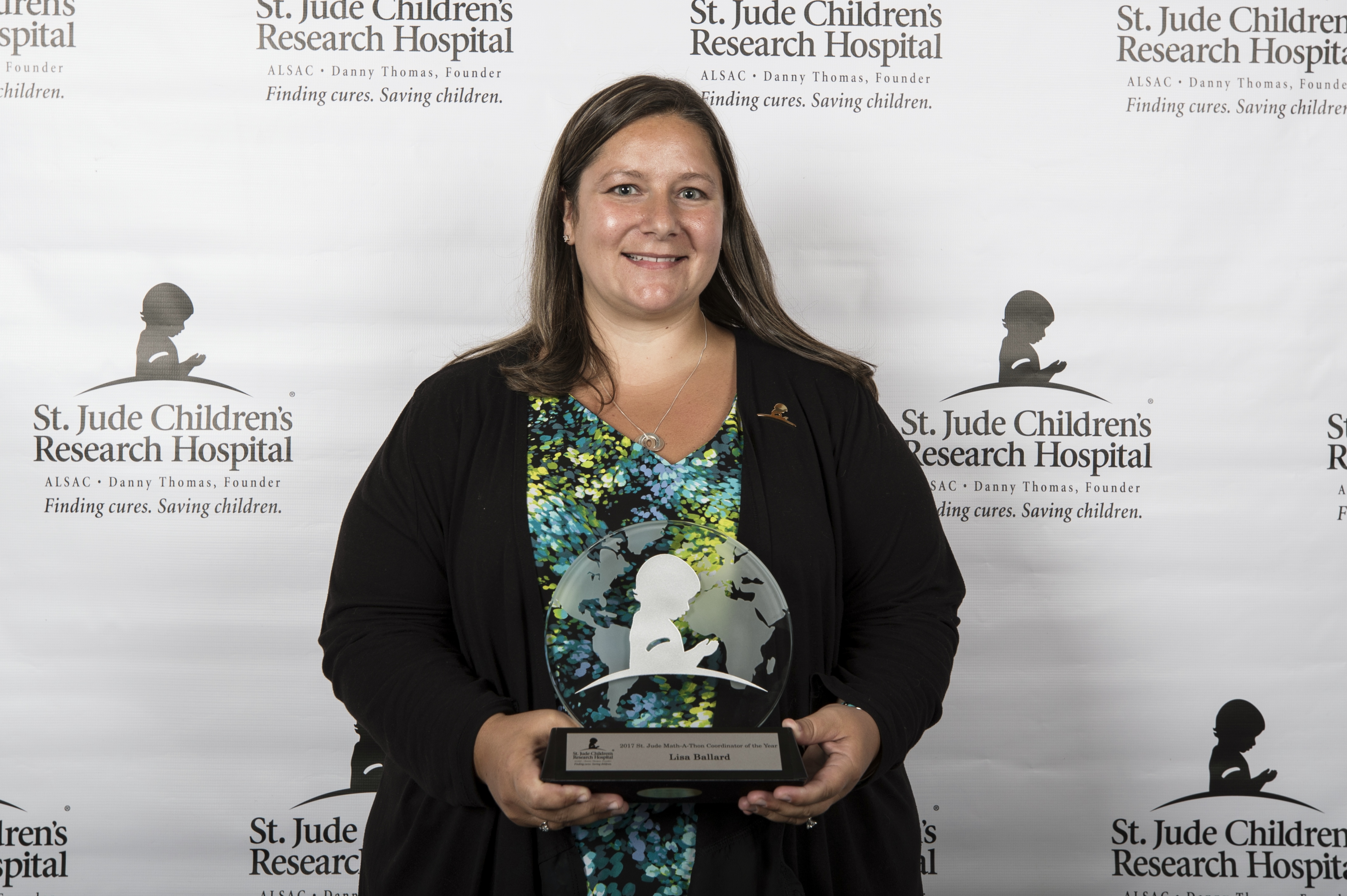 Ballard, who has been leading the annual fundraiser for 10 years at JFK, stressed she accepted the award on behalf of all who have helped raise $353,641 over 10 years.

“Our success is due to my amazing colleagues at JFK,” Ballard said. “Also the students, parents and the community are incredibly supportive of our fundraiser.”

The Memphis-based hospital treats children with life-threatening diseases and searches for cures for cancer and certain immunodeficiency diseases.

Each January students get pledges for doing math problems based on common core curriculum.

The fundraiser also teaches student the importance of helping others.

Ballard’s interest in St. Jude goes beyond dollar signs and includes raising awareness about the hospital. She has also volunteered at St. Jude for the last six summers.

“It is an honor being able to bring awareness to St. Jude and raise money for them,” she said.

“This is a great honor for Lisa and one that is well deserved,” he said.

Ballard accepted the award on July 23, 2017 during the annual awards dinner in Memphis.