Description:
Civil Air Patrol is the longtime auxiliary of the U.S. Air Force and as such is a valued member of its Total Force. In its auxiliary role, Operating as a nonprofit organization, CAP also plays a leading role in STEM/aerospace education, and its members serve as mentors to 28,000 young people participating in CAP’s Cadet Programs. CAP operates a fleet of 560 single-engine aircraft and 1,550 small Unmanned Aircraft Systems (sUAS). It performs about 90% of continental U.S. inland search and rescue missions as tasked by the Air Force Rescue Coordination Center and is credited by the AFRCC with saving an average of 82 lives annually. CAP’s 66,000 members also perform homeland security, disaster relief and drug interdiction missions at the request of federal, state and local agencies. 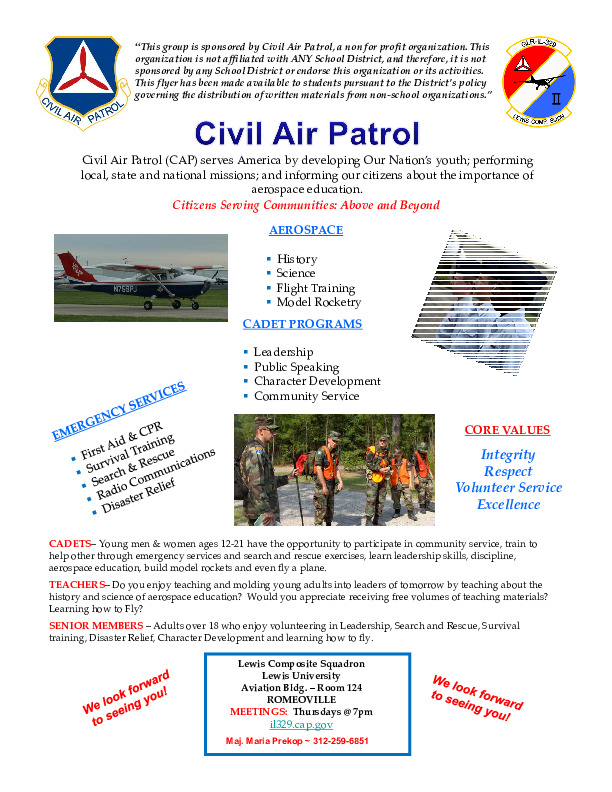